A hired van from Bamiyan, Afghanistan heading to the mountain town of Yawkalang is stuck in the mud along the high mountain single track primitave road recently demined by international mine clearing teams. Some of the last fighting during the Afghan civil war took place when the Taliban capturing Bamiyan and Yawkalang late in September 1998 with heavy mine laying campaigns conducted in the region. With winter conditions making the roads nearly impossible to drive except by four wheel drive vehicles, straying off the narrow road will put the travelers in jeopardy from mines which have not been cleared from the sides of the roads and other roads not yet demined.

Road repair projects sponsored by foreign aid groups providing money or food for work, pay for local men and boys equipped with pick axes and shovels attempting to manage snow and ice covered roads from 8000 feet up and over the Shatoo Pass at 13,500 feet.

Workers from neighboring villages walk for hours to work along the road leading from the central highlands of the Afghanistan village of Yawkalang--nearly 80 km west of Bamiyan--to the top of the 13,500 foot Shatoo Pass and work in the snow attempting to keep the primitive dirt/mud road open though the winter for the first time in recorded history. Afghan President Hamid Karzai has promised the country that road improvements are a main priority but with limited funding to repair and maintain roads--nearly all unpaved--that have been destroyed by years of war, progress could take years. 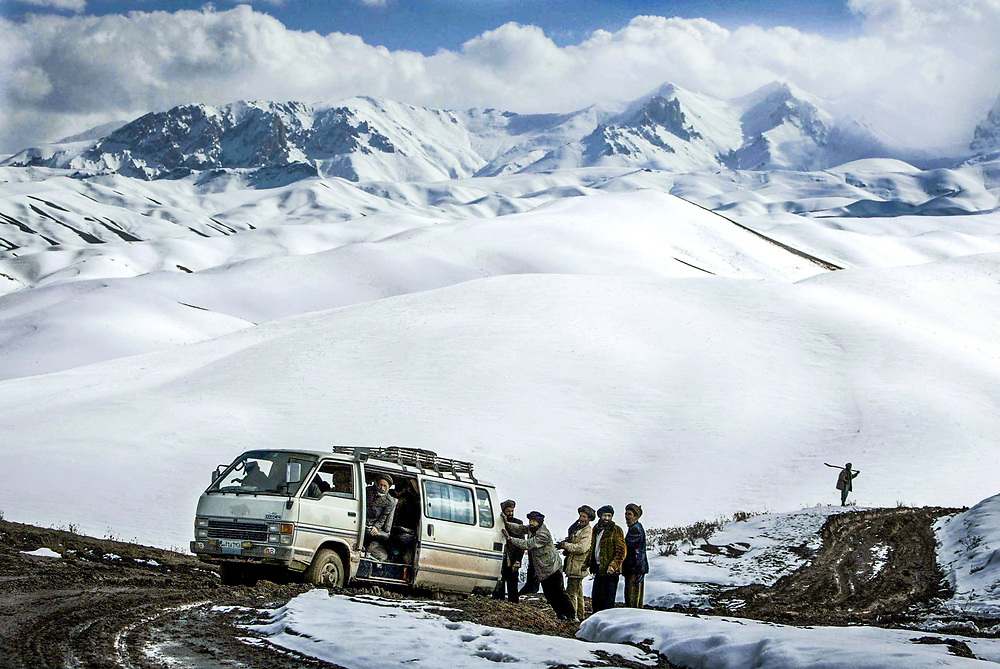