Trying to Get By:
Summary: Following the loss of a landscaping job, Nick Sweeney, 26, his wife Ginger, 33, and their three children Rusty, 13, Larry, 11, and Lisa, 10, lost their home. For two months, while Sweeney searched for work, the family lived in tents throughout Missouri. The Sweeney’s, like many American families, found themselves living paycheck-to-paycheck before Nick was let go without any warning in August 2005. The family had moved to Cameron, Missouri after Nick, a former paratrooper with the 82nd Airborne and veteran of combat tours in Afghanistan and Iraq, was discharged from the Army early this year. The family hoped to finally begin to build a nest egg for their family from his $30,000 per year landscaping salary.

Photo Caption:
Out of money and time at the Van Meter State Park camp grounds, Ginger Sweeney kisses the forehead of her oldest son Rusty, 13, riding with her other son Larry, 11, and daughter Lisa, 10, as the family departed their camp site for the warmth of Gene's Motel in Marshall as temperatures dropped into the 40 degree range. A member organization of the Saline County Interagency Council informed the family that funds had been obtained to house them in the hotel for one week. The family immediately left before dark for the warmth of the hotel in Marshall but would return three times that night to pack up belongings after the children were tucked away. 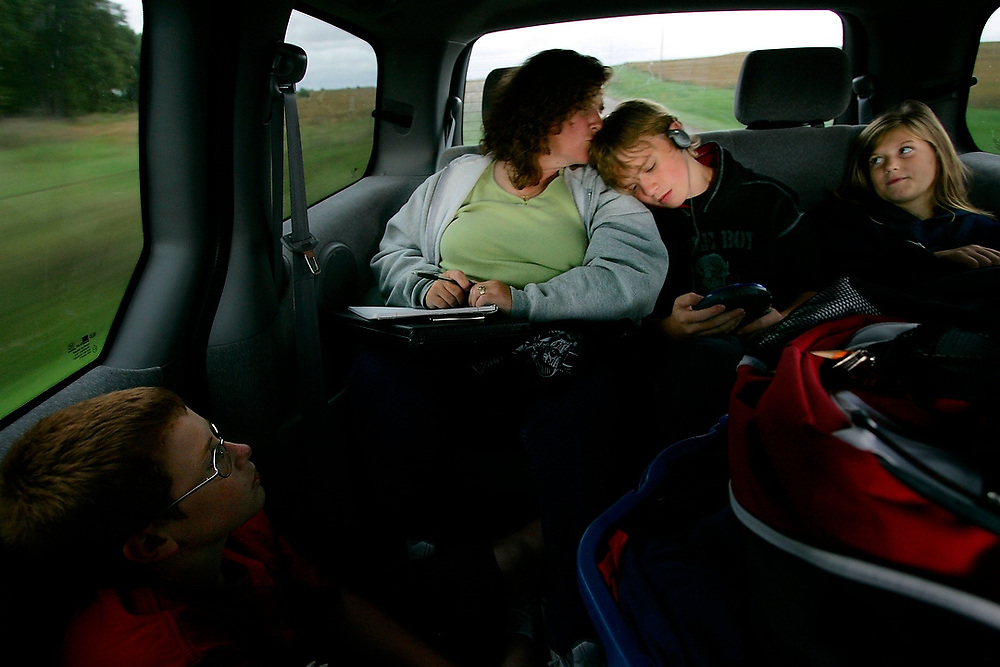