SPECIAL NOTE: DO NOT UNDER ANY CIRCUMSTANCES MAKE THE FACES MORE VISIBLE OR BRIGHTEN THE IMAGE TO SHOW DETAIL IN THE SOLDIERS FACE!

2/24/04 -- SPECIAL FORCES A-TEAM -- ORUZGAN PROVINCE, AFGHANISTAN -- Staff Sgt. Don Grambusch, 27, of Bailey, Colorado wakes sleeping Staff Sgt. Shawn Womack, 26, of Little Rock, Arkansas, by tossing a Gatorade bottle on the slumbering soldier as they and other members of the A-TEAM with the 3rd Special Forces Group wake up in the early morning hours on the second day in Oruzgan while sitting on a weapons cache site disclosed to them by the Oruzgan District Tribal Chief. The team camped for two nights in front of the district tribal chief headquarters before finally being allowed to remove the 10 tons of weapons and munitions to be destroyed. The ANA and the Special Forces team were able to implement their form of "Afghan Diplomacy" and after two days the team was able to haul away nearly 10 tons of weapons and munitions from bunkers under the district chiefs compound. (Photo by Jack Gruber, USA TODAY) 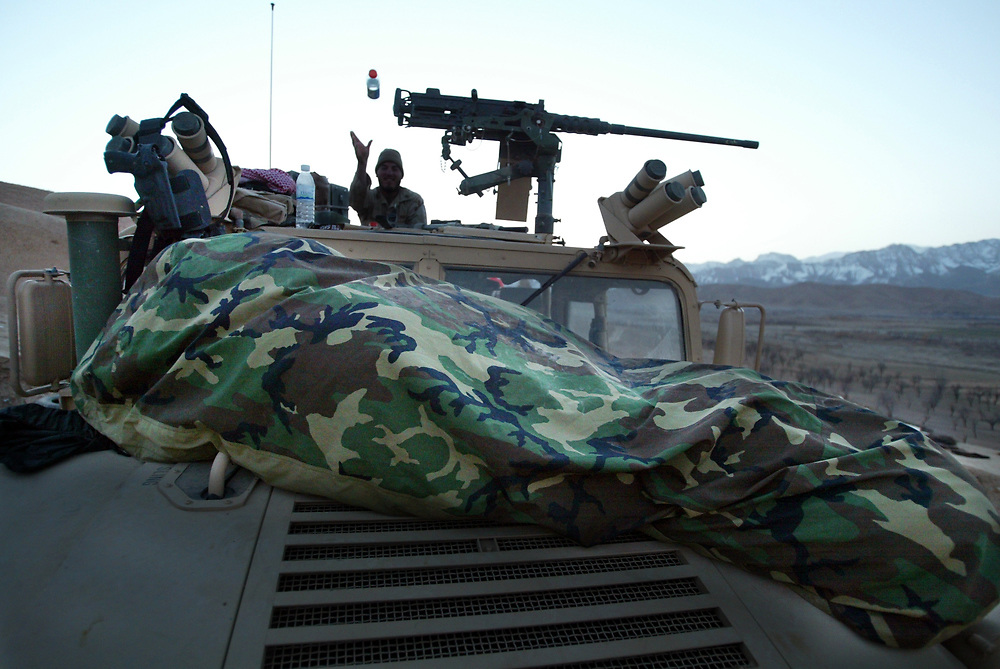