Western Iraq Along the Euphrates River, IRAQ--3/25/03 -- Iraqi casulties dead in the middle of an explosive rigged bridge as the 369 Task force battled for control of a bridge spanning the Euphrates River during a raging sandstorm which nearly blocked out all visibility and created a yellow cast blocking out the sunlight. Elements of First BCT fought it out securing a bridge on the Euphrates turning bridge seizure into an attack after increased attacks by Iraqi soldiers created a battle for the bridge. Task Force 369 deployed additional infantry , tank and engineer units to defend positions and push out Iraqi soldiers. Four M1A1 Abrams Tanks of the task force initially crossed the 400 meter wide span over the Euprates River and the IRaqi soldiers blew explosives which detonated on near side of the bridge cutting the tanks off from the rest of the elements. It turns out that the bridge was rigged with large numbers of plastic explosives. Iraqis tried to block the bridge with cars and trucks delaying the crossing of the Task Force. Elements of the task force were able to reach the other side of the bridge and cut wires to the explosives along with taking out the Iraqi soldiers trying to get the explosives to blow. Despite the attempt by the Iraqi's to blow the bridge, it remained trafficable with only a sunken span which did not totally cut off the span. The entire operation drew mortar and other rocket fire along with automatic rifle fire as troops tried to secure the area near the bridge. Iraq troops were taken prisoner but exact numbers were not available. No US fatalies are reported but there were number of close calls injuring US soldiers from mortar and RPG attacks. (Photo by Jack Gruber/USA Today 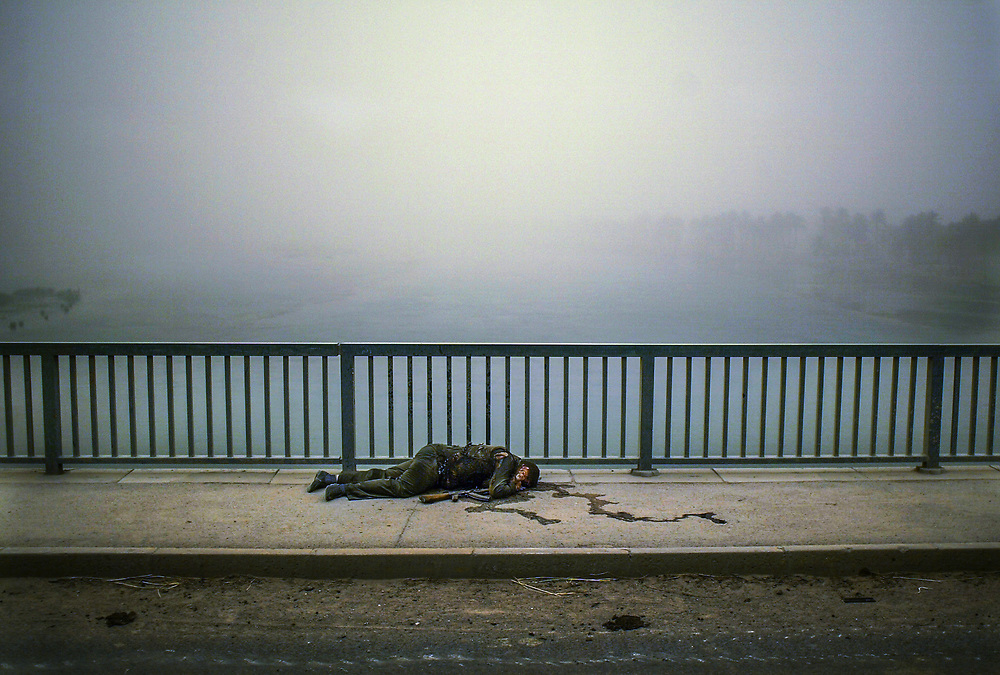